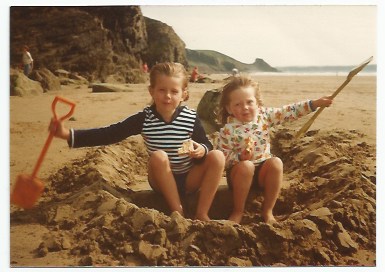 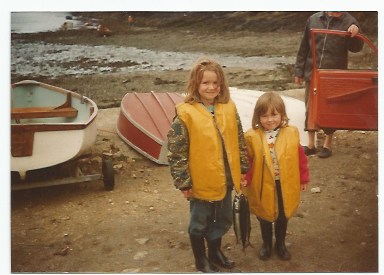 Whoopie! It’s all very exciting over here at the McFluff Mansion (which is really small, by the way, and also invisible) because today we can reveal the cover for the next book, Squishy McFluff: Seaside Rescue!

Ava and Squishy are off on holiday in this story, and you can probably tell from the cover that things are going to take a bit of a disastrous turn:

The seaside, hoorah! Sandcastles! And sun!

Ava and Squishy are having such fun,

Until… oh, DISASTER! McFluff floats away!

He just can’t stay lost… Who will help save the day?

The illustrations, as ever, are drawn by the supremely talented Ella Okstad. She’s been working hard on the book for months, and the inside pages are just wonderful. I can’t wait to share the book with you, when it publishes on June 2nd.

In the meantime, Squishy McFluff and I are going to be out and about this Spring and throughout the year, so watch this space for upcoming news about where you can come to ‘meet’ the naughtiest invisible kitten there is.

Take care, and hope to see you soon!